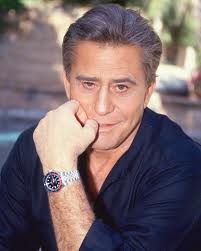 Brooklyn-born James Farentino, the famous actor who appeared in an endless number of films, TV shows and plays, passed away in Los Angeles this week at age 73. He is survived by two sons, David and Saverio.

The heart failure that caused his death was the final blow of health conditions that had been plaguing Farentino for years. Though his life did not lack in personal drama, Farentino first entered the industry on Broadway in 1961 in “Night of the Iguana”. He later played Stanley Kowalski in “A Streetcar Named Desire” in 1973. That same year, he won the Joseph Jefferson Award for Best Guest Artist for his performance in “One Flew Over the Cuckoo’s Nest.”

When he branched out into Hollywood productions, he won a Golden Globe for his performance in “The Pad and How to Use It” later acting alongside Patty Duke in “Me, Natalie” as well as Martin Sheen and Kirk Douglas in “The Final Countdown.”

On TV, Farentino had several recurring roles in shows such as “Dynasty” and “Melrose Place” and played the father of George Clooney’s character in “ER.” He also starred in “The Bold Ones: The Lawyers.”