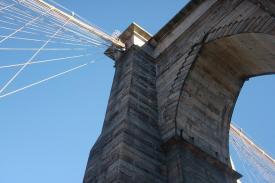 It is an interesting fact of modern life, that too much eating of the wrong foods is killing us, rather than simply lack of food. In a study depressing enough to make us all run to our fridges and binge, it was found that substantially more than one third of all children in the New York City public school system,   in kindergarten through eighth grade,   are either simply overweight, or shockingly, obese.

Perhaps New Yorkers can gain some comfort from knowing that this statistic is not so different from the rates of obesity and over-weightiness in children in the rest of the country, hovering at around 35%, but it doesn’t mean we shouldn’t be doing something about it.

Interestingly, a closer examination of the results of this report which was produced by the New York City Department of Education and Health and based on data gathered in 2008-2009 from more than a quarter million children, shows that the fattest children were not in the wealthiest neighborhoods, but rather in the poorest. It turns out that the fattest children in New York live in Corona, Queens, while the thinnest make their homes on the Upper West Side.

The report did not speculate as to why poorer children end up fatter, contrary to what has existed in human history for thousands of years, where the thinnest children were always the poorest. But if I can be allowed to venture a guess, I would say it would have something to do with poor diets of cheap junk foods and the lack of three, healthy, well-rounded meals each day among our city’s poorest children.   As Morgan Spurlock showed us in his eye-opening documentary “Super Size Me” it is very much as important “what you eat” and not only “if you eat.” Combating this problem means doing much more than “replacing full fat milk with 1 percent fat milk, and banning sugar-sweetened beverages from vending machines on school premises” a move the schools have already made. The way to keep children healthy is to educate them and their parents about the dangers of junk food and the importance of balanced diets composed of wholesome foods in large variety. Not an easy task, but crucial, nevertheless.