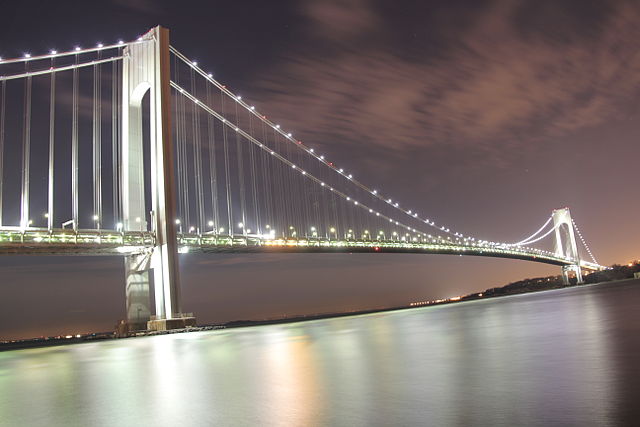 The Verazzano-Narrows Bridge, the nation’s longest suspension bridge, is finally getting the additional letter “Z” it has been entitled to since its inception, over 50 years ago. Governor Andrew Cuomo signed into law a bill which will compel the state Metropolitan Transportation Authority to correct the signage that has always spelled Verazzano with only one “Z.”

The mistake, called a “typo” by the author of “The Bridge,” Gay Talese, who described the construction of the Verazzano, was first introduced into the name in a construction contract that was signed before the bridge opened in 1964. Never corrected, New Yorkers have had to endure the misspelling for 54 years, until Robert Nash arrived on the scene.

Nash was a college student who called the misspelling a “travesty,” and began an on-line petition to have the spelling corrected over two years ago. In addition to the petition, Nash reached out to politicians, individuals and organizations.

“It meant a lot to me that my petition made a difference, it was a joyful moment,” said the now 23-year-old ironworker, adding, “Who knows, maybe I’ll be one of the people who makes the new signs.”

Officials were reluctant to make the spelling change because of what they thought would be millions of dollars in unnecessary expenses changing the signs. The bill which Cuomo signed into law stipulates a compromise: While the name change takes effect immediately, the misspelled signs will be replaced only when they wear out in the next several years. The additional “Z” will be added to computerized state laws and official materials only when they are reprinted.

“I celebrate Gov. Cuomo’s frugal nature,” said author Talese. “Yes, let the signs wear out, meanwhile allowing the ‘old’ spelling to endure until the next generation of sign-painters get the assignment to add a ‘Z’.”

The bridge is named for the great Italian explorer, Giovanni da Verrazzano, who first sailed into New York harbor in 1524. The bridge connects the two New York boroughs of Staten Island and Brooklyn.