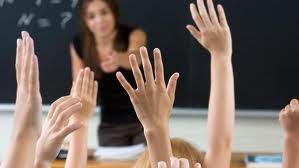 Due to the huge state budget deficit, Governor Andrew M. Cuomo has proposed to limit the amount of money going to construction of schools to $2 billion, with about half of that going to school construction in New York City.

But city officials say that 1 billion dollars is simply not enough to meet the needs of students in the city, which education officials say face overcrowding and in many cases severe limitations on the ordinary services schools must provide to their students.

The new limit on state construction aid to New York City will force education officials to approve a school construction budget which will reduce significantly the number of new schools to be built within the next three years. The vote is scheduled for Wednesday.

Last year the City Council approved the construction of 56 new schools, but the School Construction Authority’s budget of $9.3 billion, covering work until 2014, will only support the building of 26 schools throughout the city. The budget is expected to pass the Panel for Educational Policy, and then move on to a vote before the City Council. But it falls well short of what education officials believe is needed to meet students’ needs, shrinking the number of hoped for places for new students from 28,000 to about half, 14,000 students.

The state is cutting the budget for school construction at a time when New York City’s schools are so overcrowded that the city actually has a state waiver from adhering to the maximum number of students allowed per class according to state law for all but 75 of its 1,700 schools.

But the office of the governor insists that the $1 billion allotted to the city is even more than it received last year, and that the decision by the city to build fewer schools is a policy decision to spend less on new construction and more on technology, siting the $180 million which was budgeted for it.

Only Four Bathrooms for 600 Students

In the Corona section of Queens’ School District 24 last year’s capital plan approved space for 4,300 new students. The revised plan, based on the state’s budget cuts only allows for 2,200 new places for students. Among other projects which will have to be shelved is a new gymnasium and spaces for 120 students at PS 87 in Middle Village, Queens.

Today PS 87 holds their gym classes in the lunchroom in the basement. There are also long lines at the two boys bathrooms and two girls bathrooms forced to service 600 students, according to Councilwoman Elizabeth Crowley, representative of District 24.

“The community has waited more than 10 years for this, and it’s pennies in the scope of things” Ms. Crowley said.

However there is still hope that the State Legislature will return at least some of the financing which was slashed at the upcoming budget negotiations.

In TriBeCa’s District 2, which also includes Chelsea and the Upper East Side, there were supposed to be eight new schools with room for 3,666 students according to last year’s plan. The new plan provides for only 1,400 students.