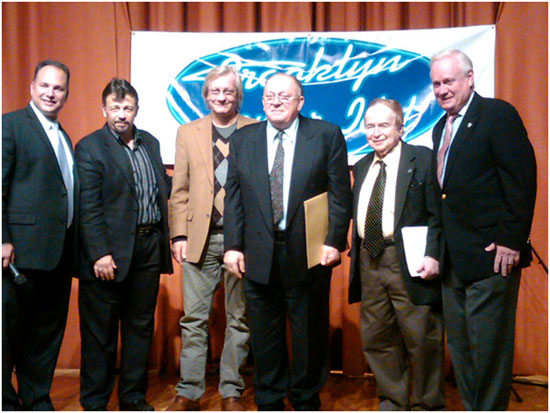 Despite stiff competition 62-year-old Sherry Kayser of Midwood won the first place title at the seventh annual Senior Idol singing competition on October 5th. Kayser was able to out-sing her competitors with her special cover of the Duprees’ doo-wop classic “You Belong to Me.”

Her performance was one of ten held at Our Lady of Angels Church in Bay Ridge and sponsored by state Republican Senator Marty Golden. Golden expressed his pleasure with the contest, saying that the talent was impressive and the entertainment value for the 200 audience members was high.

“Saturday night we held what I consider to be the best event of the year. It was a night full of excitement and great entertainment” said Golden.

As the winner of the contest Kayser will have the honor of opening Marty Golden’s annual summer concert series in 2014.

This was not Kayser’s first time competing in the Senior Idol singing contest. Last year Kayser, who performed a rousing version of Neil Sadak’s “Breaking Up is Hard to Do” lost to fellow vocalist and Marine Park resident Vincent Frisari.