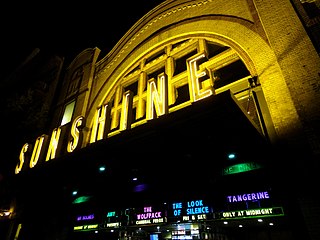 New York is an old city which is constantly growing and renewing itself. Unfortunately, for growth to happen, sometimes beautiful and historic buildings need to be demolished. The following buildings are on the chopping block. Here is a little bit about each one.

Sunshine Cinema on the Lower East Side showed their last movie at the end of January. The building has been standing since 1844. It was built as a Dutch Reformed Church, and re-opened in 2001 after large renovations, as a movie house. It is scheduled for destruction in March. The building applied for landmark status but was denied in 2016. A nine-story glass office building is set to take the Sunshine Cinema’s place.

The Beth Hamedrash Hagodol synagogue, also on the Lower East Side, is about to be torn down. New York City granted the building Landmark status in 1967, but the 167-year-old building was already shuttered and in disrepair when a three-alarm fire in May 2016 left little behind. It was originally built as the Norfolk Street Baptist Church in 1850 but was transformed into a Jewish house of worship in 1885. The space will be given over to a 10-story senior residence.

A Beaux-Arts building built in 1913 was denied Landmark status despite two separate requests and a letter of support from the New York State Historic Preservation Office. The Gowanus Station building is one of only a handful of significant historic buildings left standing along the Gowanus Canal. It and several other buildings are going to be torn down in order to build an huge sewage overflow tank, needed to facilitate