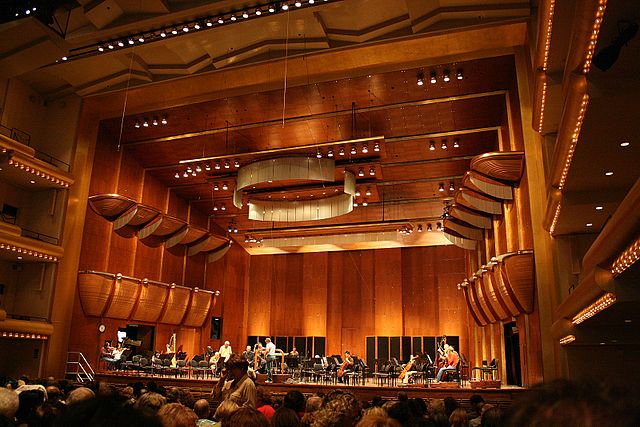 We certainly live in “interesting times.” The pandemic has taken its toll in terms of life, work, school, and many other essential areas of existence. One of the hardest hit dimensions has been concerts, which, because of the pandemic, cannot now be held in their usual venues. However, a partial solution to getting music and musicians to the people is being experimented with in a playful and joyous way.

The New York Philharmonic launched an initiative to bring beautiful music to the people, called NY Phil Bandwagon. The idea is that a group of musicians who would usual be found performing in Lincoln Center’s 2,738-seat David Geffen Hall, instead hop on the back of a big red pick-up truck and mosey on down to a small park and perform in front of a small group of lucky citizens. No announcement is made in advance to avoid drawing more people than would be safe under the coronavirus restrictions, and each concert is only 25 minutes long.

The group hopes to bring music to three small venues each day, if whether and other challenges permit.

Other music on the schedule included Gershwin’s “I Got Rhythm,” and Carlos Simon’s “Loop.”

Costanzo ended the last concert with a wish for the future: “We hope to see you on a street corner soon.”