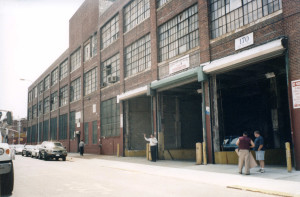 Despite its deep Brooklyn roots AP&G, a midsized manufacturing company, will be re-planting itself across the Hudson in Bayonne, New Jersey.

New York simply could not compete with New Jersey’s offer too good to be refused; $11 million in tax credits spread over the next ten years. New York’s counter offer? Free real-estate services and other incentives, but no financial incentives that could compare.

AP&G produces Catchmaster adhesives which are used in bug traps, mouse boards and fly sticks. They also employ a bit over 100 workers in their factory. After their move to Jersey they expect to up that number to 150 employees whose median annual wages will be over $56,000.

Officials from New York’s economic development office approached AP&G concerning the planned move, but the amount of space the company was looking for, about 170,000 square feet, is hard to find.

Some experts noted that New Jersey’s enthusiasm to win manufacturing jobs to their turf is a big challenge to New York’s economy.

“This is warfare,” said Gordon MacInnes, president of New Jersey Policy Perspective, which is critical of tax incentives. “New York doesn’t want to lose a bunch of jobs that average $56,000 a year.”