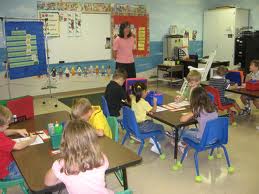 If you think your child is going to kindergarten in the Brooklyn area next fall – think again.  According to recent news reports, 720 children across the borough have been placed on waiting lists for kindergarten for this coming September. And these aren’t fancy private schools – these are the local schools.

Across the city at large, the Education Department figures show that 2,406 children are on waiting lists for the coming year. Two of the Sunset Park schools are at the very top of the list, with more than 100 children waiting to get into each of them; PS 169 has 113 kids waiting, and PS 94 has 111.

Jim Devor, the Community Education Council president recognizes that the Education Department has leased St. Michael’s on Fourth Avenue to accommodate the growing needs. However, as he said,

“The number of seats that will be added is woefully insufficient. It’s the kind of inaction that would not be tolerated by the more affluent sections of District 15, or even the city.”

Department of Education spokesman Frank Thomas is trying to quell the worries. As he said,

“We can expect these lists to shrink and disappear by the first day of school in September, as they have every year.”

Certainly, if it turns out that the neighborhood schools can’t accommodate the kids, then families will be offered a location in another school. These schools, however, will be farther from home, creating complicated transportation and social issues.

This is, of course, just one of the many problems facing the educational system in the area at the moment. And one that everyone hopes will be worked out come September.