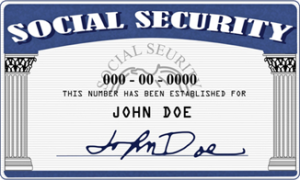 Selma Cohen, age 87, received a clearly mistaken letter from New York’s Bureau of Fraud Investigation declaring that she is no longer among the living, and was therefore no longer eligible for health care benefits, an entitlement reserved only for people of the alive persuasion.

Cohen immediately doubted the veracity of the letter.

“I said it must be wrong” Cohen said. “You know, maybe it’s a joke or something.”

Unfortunately it was not a joke, and her Medicaid benefits were discontinued. She is also worried that her Social Security payments could be halted as well.

“If they have down that the lady is deceased, I doubt if they’re going to send me a check” Cohen said. “When you’re dead, they don’t send you checks.”

It appears that the problem is not going to be as easy to fix as it was to create. After a trip to the nearby Medicaid office in Crown Heights proved unhelpful Cohen was told she would need to visit the Social Security office to apply for a state ID as proof she was indeed still alive. The process could take quite a bit of time, which Cohen says she does not have. Medicaid will not pay for her cancer treatments if she is listed as dead, nor any other doctor visits or medication. Cohen says she paid her premium and should be covered until the end of December.

“So I probably won’t get my check this week. And I get food stamps, so I didn’t go food shopping the last few days. I don’t know if they stopped already my food stamps” Cohen said. “They’re not going to give me food stamps if I’m dead.”

The city is investigating the incident, but Cohen has already cancelled one doctor’s appointment, and does not know how she can survive without her other benefits. She adds that until she is reinstated she would like to get her premium payment back.