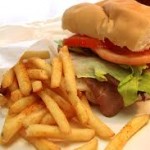 In the next of many steps to put the breaks on childhood obesity, one New York City councilman is taking up the fight against the kids’ meals industry. Leroy Comrie plans to introduce a bill making it illegal to distribute toys that come with kids’ meals unless they meet certain nutritional standards, as MyFoxNY.com reports.
And it’s about time.

The problem of childhood obesity has become an epidemic in the United States, with an estimated 16-33% of children and adolescents being obese. Overweight children are very likely to become overweight adults, creating greater risks for heart disease, early death, extra health care costs and much more.

Obesity carries with it many risks from diabetes and heart disease to high blood pressure and sleep issues. What many people might now know is that child and adolescent obesity are also associated with emotional problems. Research has found that teenagers with weight problems have more emotional issues, lower self esteem and more problems with their peers.

Kids’ Meals and the Law

In step the Happy Meals. The problem with kids’ meals is that they are certainly the meal of choice for children. When a toy is placed in a high caloric, unhealthy meal choice, children are more prone to want this meal and to be encouraged to eat in an unhealthy way.

As New York City councilman Leroy Comrie explained, “By ensuring that the toys are put in with nutritional meals, the parents will be able to have healthier options for their children.”

Mr. Comrie has precedent from other locations for his actions. Last year, San Francisco lawmakers passed a similar law that made it illegal for toys in kids’ meals to have more than 600 calories, 640 milligrams of sodium or 35% or the calories from fat.

Time will tell if New York gets on the healthy Happy Meal bandwagon.

Citi Bike is expanding and they are asking New Yorkers where they want to see stations in their neighborhoods. The