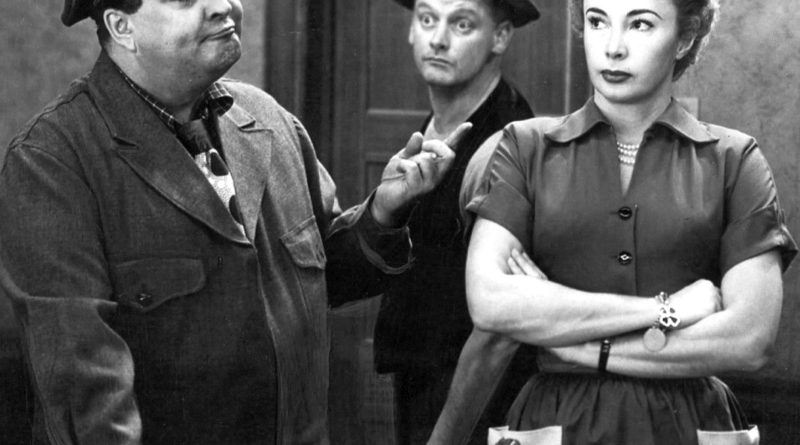 It would be hard to think of anyone who was more of a quintessential New Yorker, and a more quintessential Brooklynite, than Jackie Gleason. Gleason’s 50-year career in  television, stage and film spanned the 20th century development of the entertainment industry, beginning with supporting roles in long-forgotten World War II-era movies and including iconic characters such as legendary pool shark Minnesota Fats (The Hustler, 1961) and Sheriff Buford T. Justice in the 1970s and 80s trilogy Smokey and the Bandit.

Without question, however, Gleason’s legacy was defined by Ralph Kramden, the Brooklyn bus driver that was the main character of legendary CBS sitcom The Honeymooners. Gleason described Kramden as “just an ordinary moax,” but the character’s bluster, his man-of-the-house approach to life – and most of all his unapologetic Brooklyn accent – came to define mid-century life for millions of working-class Americans.

Gleason would turn 105 today. What better way to celebrate than this classic episode?