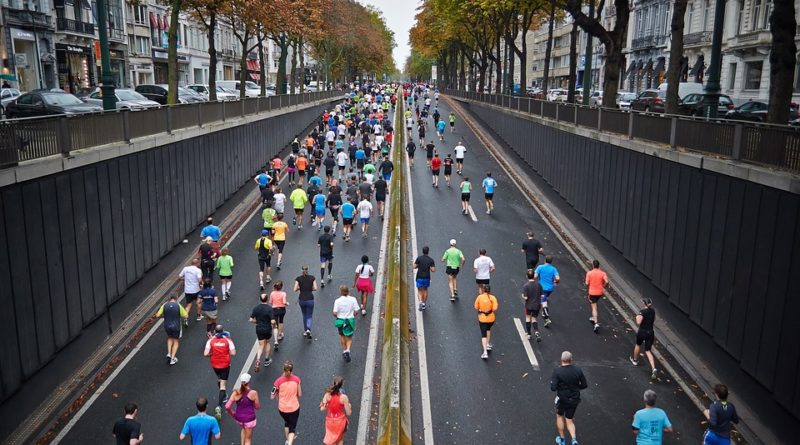 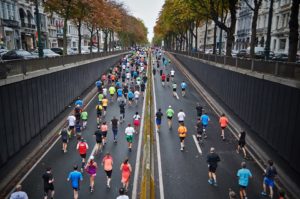 So who were among the 27,000+ runners signed up for the Airbnb Brooklyn Half Marathon this past Saturday?  What were the newsworthy stories that ran (excuse the pun) at the largest half marathon event of America 2017? So popular was the event that it sold out in a staggering 26 minutes.

The 27,440 who completed the point-to-point race started by the Brooklyn Museum and ended in Coney Island at the boardwalk. Participants included Karlie Kloss (fashion model for Vogue, Victoria Secret and Taylor Swift’s music video ‘Bad Blood,’ among others), filmmaker Casey Neistat and more.

Those running for a cause included the Team For Kids (TFK) supporting NYRR Youth Programs, Memorial Sloan Kettering’s Fred’s Team (for children with leukemia), and many more.

And then there were the fun runners. The man and woman who began the race single and sprinted through the finish line as a married couple.   Having been running buddies for the last half-decade, Krissa Cetner and Alexander Salazar tied the knot at around six miles in at Prospect Park.  As Salazar noted, “Marriage is like a marathon, it’s not a sprint.  There’s a lot of years ahead of you in a marriage and sometimes you’re both really into it and can push each other and sometimes the other partner has to help pull you through whatever challenge lies ahead. You both have to keep each other motivated in a race and in a marriage.”

And for those who needed a bite to eat after the event, the good news was that they could do so in the reopening of a former Childs restaurant, which has been transformed into a huge food hall with “locally sourced” wholesome choices and plenty of Coney charm. Any runners who decided to try out the new eatery got a voucher for 21 percent off of the next time they go.