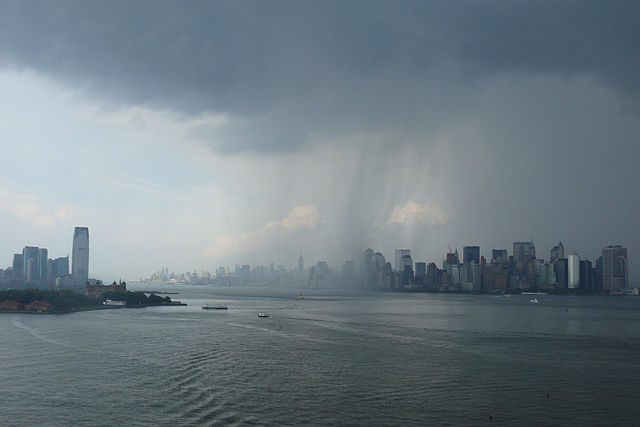 All Gowanus
May 7, 2017May 7, 2017 James FDNY, Gowanus, Office of Emergency Management, Staten Island

Last Friday was a rough day in New York due to flooding caused by almost non-stop rain at the end of last week.

Among the various incidents around town, in the Gowanus section of Brooklyn a railing fell as well as a large part of a retaining wall. The collapse occurred right below the Gowanus Expressway, closing much-used 17th Street. Engineers were quickly brought to the scene to make the needed repairs. Luckily there were no injuries associated with the incident.

“I pass here at least three to four times a day, and I’m amazed. I can’t believe how lucky we all are by someone not passing by there and getting hurt at the time that it fell down,” said a Gowanus resident. “It looks ridiculous. It’s rusted out. It was an incident waiting to happen.”

Hamilton Avenue took up the slack with the closure of 17th Street, causing major traffic slow-downs. The Office of Emergency Management said that they expected the road to re-open by late Friday evening.

In Staten Island the rain caused damage to some private residences, with flood waters flowing on Bay Street rushing into the street’s storm drains.

Midtown Manhattan was not immune to flood damage, with large puddles accumulating on street corners, and high water levels found on the West Side Highway. In one case a school bus filled with students had trouble navigating the watery road. Again, no one was hurt.

Another incident involved a FDNY truck, which ended up taking assistance from helpful citizens who stood in the rain directing traffic around the disabled truck, getting soaking wet in the process.

It was a very bad day for one motorcyclist whose wheels ended up under water. Help for this biker simply came too little, too late.