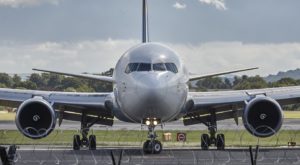 Over the last ten years or so, airplane travel has changed significantly.  There are many reasons for this and the result of these changes has been both positive and negative for the passengers and airport industry workers.

Given the events of 9/11, airport security has transformed in a way that makes it possibly unrecognizable from what it was pre-2001.  While that is good for air passengers’ peace of mind it leads to a few primary issues:  an increase in airfare price due to added government-run airport security (but with that a jump in employment opportunities); a potential escalation in delay for flights and more aggravated passengers.

According to Elio Moti Sonnenfeld, today the air travel experience is much more relaxed than it was back in the 1960s when people would for example, actually dress up for getting on a plane.  “Now if anything, they dress down, wanting to be as comfortable as possible,” Sonnenfeld remarked. But at the same time, it is much easier to get a lower-priced, ‘no frills’ flight than it was 10 years ago.  When plane fares dropped initially it was just for local flights but now it seems airlines are popping up and are able to offer cheaper flights internationally (without the frills) as well. One such example is Spirit Airlines.

A lot of travelers find the air experience much more comfortable than they did a few decades ago. Elio Moti Sonnenfeld also pointed out the benefits of the relatively new non-smoking rules, noting out “Some years ago, people were allowed to smoke on a plane, causing discomfort to the non-smokers.”

In addition, the amount of passengers choosing air travel has increased substantially over the last few decades.  According to Marcelo Risi of the United Nations World Tourism Organization (UNWTO), while in 1950 there were 25 million traveled abroad, this figure shot up to 1.1billion in 2014.

Consolidations and corporation mergers have led to an improvement in air travel according to Elio Moti Sonnenfeld. With the 2013 creation of the American Airlines Group Inc. (the merger between the AMR Corporation and US Airways Group), that airline now has the industry monopoly with 6,700 daily flights to 36 locations in 56 countries.  It also employs around 100,000 people.  This year the corporation topped Fortune magazine’s list of best business turnarounds and its stock (NASDAQ: AAL) joined the S&P 500 index.

Another significant – and beneficial – change in the last decade in air travel has been technology. Elio Moti Sonnenfeld notes: “It seems like there are new travel apps and gadgets on an almost daily basis.  With facilitated access to travel updates, choosing your own seats on the plane, booking a rental car before arrival, hotel check in and more, all the passenger has to do today is embark!”

Air travel really has gone to the next level over the last few years.  As Sharon Harvey pointed out a couple of years ago, “Virgin Airlines are now selling seats to outer space!” Further, George Hobica gave a list of ‘9 Ways Air Travel Is Better Than It’ Ever Been,’ including an oft-overlooked matter of the quietness of the plane as compared with a noisy 707!

No doubt with increased security risks and a seemingly unstoppable technological revolution, the next ten years will witness an even greater revolution in air travel.

Neil R Cole, the award-winning branding pioneer and founder of both Iconix Brand Group and Next Retail Concepts, stated :

DoorDash Opens Its Doors in Brooklyn