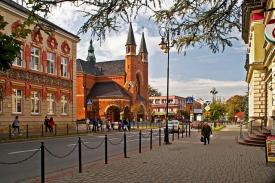 Apparently last year’s craze to get vaccinated against the much feared H1N1 flu virus has not materialized this flu season. Perhaps because the vaccine was scarce last year the feeling of urgency then was multiplied, but this year no such panic stricken public has arisen, at least not here in New York. The flu shot is available to anyone who wants it. Whether you go to a public clinic, your own doctor or even in a drugstore, you can get the flu shot you need against this winter’s expected virus for just $29.99.

So is the lack of panic affecting the number of people in New York that are getting immunized? Well, according to public-health officials and representatives for drugstores, progress is right on schedule. However, a sample of some New Yorkers seems to paint a different picture. In what can only be termed “New Yorker logic” one woman, worried about the small chance that the vaccine might actually cause her to become ill and the $30 price tag, she remarked, “I don’t get the shot” she said, apologetically. She can’t, she explained: “I just couldn’t afford to get sick.”