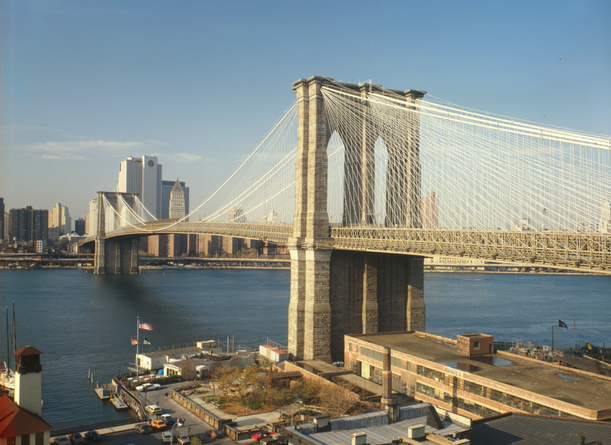 One of New York City’s most beloved and recognizable symbols, the Brooklyn Bridge, is about to embark on a major project to repairand rehabilitate its towers and approaches. At an expected cost of $337million, it is the first time in the bridge’s 135-year history that such work will be performed on the singular Gothic arches, the bridge’s most noticeable feature.The federal government is helping with the cost, to the tune of about $25million.

“At 135 years old, our world-renowned and beloved bridge needs a lot of care, including work on her approaches and her soaring, majestic towers,” city DOT Commissioner Polly Trottenberg said in a statement. “Our thanks also go to Mayor de Blasio for his leadership and to New York’s congressional champions for their support of this much-needed funding.”

The Brooklyn Bridge recently had repairs made at a cost of hundreds of millions of dollars. But this new funding is different, secured through the US Department of Transportation’s BUILD grant program, which gave money for “major rehabilitation” of the approach arches that support the car ramps on both sides of the bridge.

“BUILD transportation grants are major investments in road,rail, transit, and port projects that serve as a down payment on this  administration’s commitment to America’s infrastructure,” said U.S.Transportation Secretary Elaine Chao in a statement.