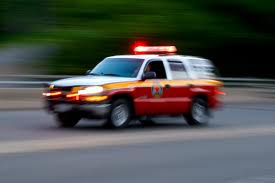 In what some are calling “crude” “inhumane” and “an abrogation of the social contract,” the New York Fire Department has announced that beginning in the summer of 2011 drivers in accidents which need an emergency response will be charged a fee.

The FDNY justifies the move in the following manner. “We want to relieve pressure on the taxpayer and place it on those at fault and their insurance. Right now if you’re at fault at an accident or a vehicle fire, you get a free ride. And that should not be borne by the taxpayers.”

That sounds reasonable, except for one thing- you’ll be charged whether or not the accident, fire, and/or injury was your fault or someone else’s.

As one man fretted, “Why should I be charged for something that I didn’t cause? Send a bill to the guy who caused it. That has nothing to do with me.”

This is not the end of the debate by a mean streak. The public will be able to share their side of the issue at hearings scheduled to take place next month. The FDNY promises to listen and weigh the opinions and concerns of the public, but since the plan does not need the City Council’s approval plus Mayor Bloomberg supports the “crash tax” its implementation seems assured.

The proposal is on track to begin on July 1st 2011, and is expected to raise about $1million in much needed revenue.