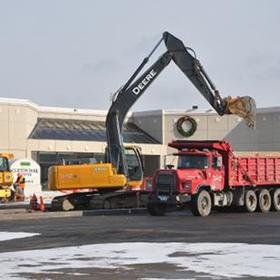 Construction for a new 104-room Hilton Garden Inn, as well as a bigger movie theater, has begun at Clifton Park, New York. RC Keller Construction Inc. crews have been onsite for a number of weeks already, installing the infrastructure needed for the buildings. The construction is “on schedule” according to Donald MacElroy, vice president of DCG Development Co.

Two new screens will be added to the Regal 8 cinema, as well as stadium-style seats and surround-sound systems. The theater will also change its name to Regal 10 Plex. The new hotel will be located on the Clifton Country Road side of the mall, close to the theater.

Both projects will be completed by the end of next year. Other additions to the mall will be made as well, such as an Olive Garden, a Fuddruckers and a Joseph A. Banks.