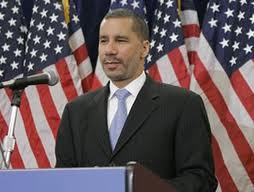 Six immigrants who were scheduled to face deportation were pardoned by Governor David A. Paterson on Monday. All were about to be punished because of old crimes they committed, in some cases, decades ago.

One man is now the assistant director of finance for CUNY’s Graduate School and University Center. He was convicted in 1988 of selling a controlled substance, and served 3 years in jail. Upon pardoning him the Governor’s office issued a statement “praising the man’s achievements since his release and his rise to higher levels of responsibility.” This man is also now involved in community projects and mentoring.

The other five immigrants have similar stories of early mistakes, paying the penalty, and finally building a good life in their adopted country.

Governor Paterson formed a ‘pardon panel’ last May whose five members have been going through about 1,100 requests for clemency and referring them to the Executive Clemency Committee, which in turn recommends cases to the governor to decide upon. Governor Paterson is leaving office at the end of this month, and will probably pardon more people before then.

“Federal immigration laws” explained the Governor, “are often inflexible, arbitrarily applied and excessively harsh, resulting in the deportation of individuals who have paid the price for their crimes and are now making positive contributions to our society. These pardons represent an attempt to achieve fairness and justice.”