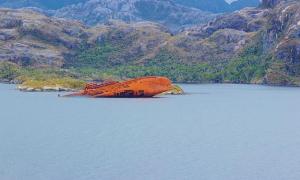 Edison Pena, a Chilean miner, stretched himself thin but managed to finish the New York City Marathon in 5 hours, 40 minutes and 51 seconds. He reached his goal, which had been to finish the course through the city’s five boroughs in less than six hours. After the first hour of the marathon, Pena was forced to slow his pace because of pain in his legs, and as he reached the 14-mile marker, he left the route and went to a medical tent for help. Pena walked the second half of the marathon with his swollen knees wrapped in bags of ice, and ran the last bit along Central Park West.

This victory followed his 69 days of training in the darkness of the underground mine, where he ran 6-7 miles every day in the unbearable heat and humidity. He had also worked to build up his strength by dragging a heavy wood pallet that was tied to his waist. He explained that running had been his way of maintaining the will to live.

Pena described the marathon as “an incredible dream” because of “how warm and welcoming and supportive the Americans are here.” There were signs throughout the course that read “Go Edison!” and “Go For It!”, while people on the side held their hands out for high fives. When he arrived at the finish line, Pena was draped in a Chilean flag and his much-loved Elvis music was blasted on the loudspeakers, but it could barely be heard above the noise of the cheering crowd.