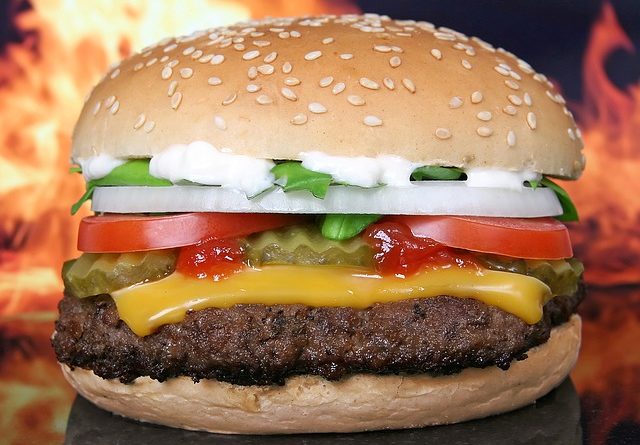 Maybe you thought the city’s most iconic food was pizza, but you’d be wrong, at least in May. Because in May, as in the rest of the country, we are celebrating National Burger Month. And there is no shortage of great places to binge on burgers in Brooklyn and the rest of New York City.

The Daily Meal rated the 101 best burgers in the country and found that of 16 of those 101 burgers can be found in The Big Apple. And ranking high on that list is none other than the Williamsburg icon, the Luger Burger, a half-pound burger made from porterhouse and prime chuck roll trimmings. It was found to be the 14th best burger in the country. Peter Luger has been dealing in meat since 1887 so it knows what it’s doing when it comes to hamburger. The eatery is in Williamsburg, one of Brooklyn’s neighborhoods that is putting the cool back in Brooklyn. The catch is that the restaurant is only open during lunch hours, and they serve their last customer of the day at 3:45pm.

The list includes a lots of other New York burger joints, so if you just can’t get to Peter Luger for lunch, you might consider leaving Brooklyn for a hamburger treat. The following restaurants were ranked on the Daily Meal’s 2018 list of best burgers, probably the most restaurants on the list from any single city in the country.