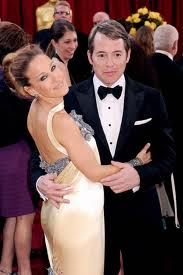 Brooklyn appears to be the up-and-coming hot spot for the rich and famous.  And we aren’t complaining – yet.  The Truman Capote House on 70 Willow Street sold recently to the Grand Theft Auto video game creator for a cool $12.5 million. This was actually a record in Brooklyn for a single-family house. It will be “Breakfast at Tiffany’s” every day for the new owner.

“Brooklyn Heights is the city’s first official historic landmark district, that’s how beautiful it is and what it means to New York.”

Now, it appears that cozy couple Sarah Jessica Parker and Matthew Broderick are making their way into Brooklyn as well.  The gossip around town reports that the two are close to closing a deal on the purchase of adjacent townhouses on State Street near Sidney Place.  Someone close to the negotiations explains that, “They loved the West Village but wanted something more private, laid-back and discreet.”

The houses, of course, aren’t officially for sale so that everything is being done in a very discreet way.  Parker and Broderick will fit right in with some of their other famous neighbors, including Norah Jones, Gabriel Byrne and others.

Brooklyn Heights is certainly gaining attention and some hot new neighbors!  For those who own already, this is generally good news, as neighbors of this sort send purchasing prices up. For the rest of us, well, it might be fun to catch a glimpse of them around town.