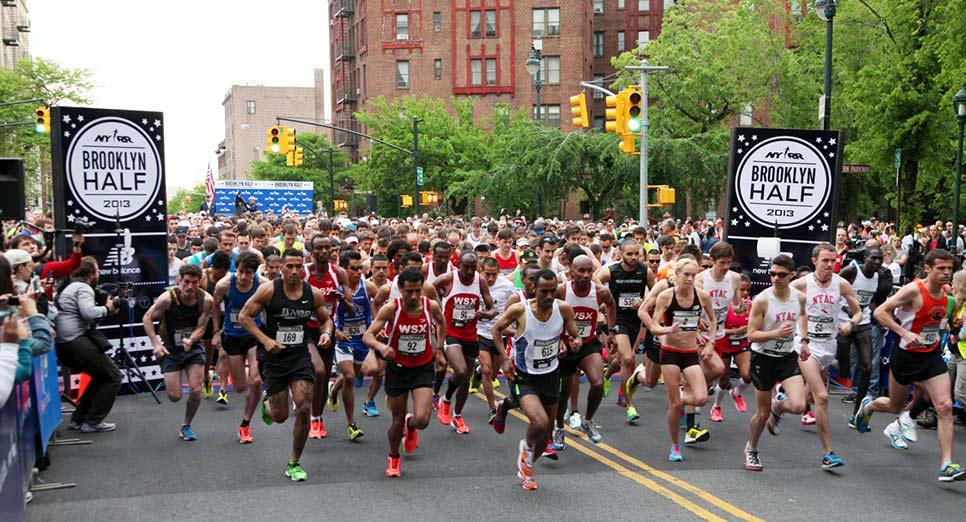 The 33rd annual Brooklyn Half Marathon had a record number of participants this past Saturday. Beginning at the Brooklyn Museum the 20,000 runners blazed a path through Prospect Park, Ocean Parkway and down south until they reached the finish line in Coney Island. Only seven months since the unprecedented damage caused by Hurricane Sandy last October, runners were able to get an up-close view of the re-construction underway throughout Brooklyn, especially in Coney Island, which was severely ravaged by the violent storm.

“You can see people rebuilding as we walked around. The whole entire race finished in the middle of a construction zone,” one runner said.

Many of the runners, as well as onlookers, couldn’t help but to feel that the race was a positive statement about the way Brooklyn has come back after the storm.

The Brooklyn Half Marathon is the second largest such race in the country. This year security was heightened, organizers asking runners to place their property in clear, drawstring bags which were provided by them.

When the race was over, for many the fun had just begun. People walked around Coney Island, enjoying the rides, eating, drinking and just plain celebrating the new beginning for Brooklyn.

“Now what am I going to do? I’m going to eat this hot dog,” said John Bennion, a runner.

“It’s good to see everyone come together and have fun and kind of just rebuilding, coming back to normal and try to be positive about it,” said Kathryn Bannister, also a participant in the race.