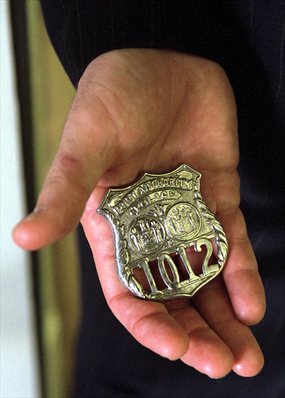 Janice Blackman, age 55, and a senior clerk in the Brooklyn Criminal Court, filed a lawsuit claiming that the police forced their way into her apartment after breaking down the door, made a mess of her apartment in a vain attempt to find drugs, forced her to lie on the floor in handcuffs, and left empty-handed. They left, embarrassed, when they found her badge and ID in her purse.

The lawsuit, which was filed last Friday in Brooklyn Federal Court, says that last February Blackman was cooking in her kitchen with only her bra and underpants on when police forced their way into her apartment on Nassau Street. The police then made her lie face-down on the floor of her apartment, even though the floor was covered in broken glass.

Despite their best efforts, the police did not find anything of an illegal nature. As soon as they discovered Blackman’s ID and badge in her purse, “they immediately removed the handcuffs…and quickly exited from her apartment, offering only scant apologies and little by way of remorse other than a change in their attitude.”