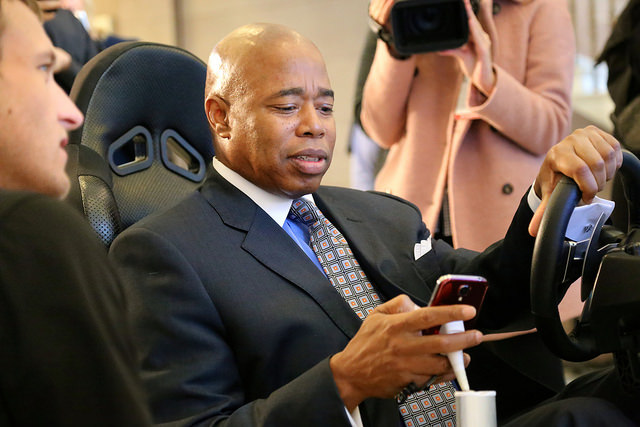 It was Borough President Redux as Eric Adams did a rerun of what his predecessor Marty Markowitz did, but with a bit more intelligence. Adams took the Turkish government up on their offer to pay for the President’s visit to Turkey, to the tune of $7,500 to cover expenses for the five day trip, just as Marty Markowitz did in 2011, but with one big difference. Adams made sure to get the city’s ethics panel to agree to the trip in advance, something Markowitz failed to do. For his failure the city’s Conflicts of Interest Board fined Markowitz $20,000, for his trip to Turkey and two other trips paid for by foreign governments, and for also taking his wife along.

Not only did Adams ask permission, since he has no wife, he just brought along his important (if less fun) special counsel Ama Dwimoh.

The trip took place from August 11-15, during which Adams signed a sister-city agreement between his fair city of Brooklyn and the Uskudar district of Istanbul. He also met with local leaders to discuss the importance and potential of cooperation between the two places. They also discussed the importance of fighting against the threat of terrorism.