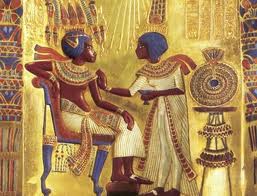 Bob Brier is a world renowned Egyptologist. At the age of 67, he has spent his entire professional life researching mummies throughout the world. To many people he is known as Mr. Mummy, and for the past 35 years he has been collecting everything he can find which relates in any way at all to Egypt. He is not too proud to have in his collection lowly “dime-store” kitsch; but he also has many rare artifacts, including authentic mummy parts.

Mr. Brier has managed to fill three apartments with his collection, which is located in a high-rise apartment building near the Henry Hudson Parkway in Riverdale. Included in his collection are also 6,000 books. The written materials include rare research documents, such as the original letters of Howard Carter, who wrote them from the Valley of the Kings in Egypt right before he discovered the tomb of King Tut in 1922.

What Bob Brier really is an expert in is the process of mummification itself. In 1994 he actually mummified a cadaver using the knowledge he has gained over the years through his research. In 1998 Mr. Brier published a book called “The Murder of Tutankhamen” based on his intense investigation of that Pharaoh’s corpse. Mr. Brier explained that the ancient Egyptians believed that the proper preservation of the body through mummification allowed the person to be reborn in the next life.

Surrounded by three apartments worth of Egyptomania, Mr. Mummy laughed, saying, “Too bad I have no one around who can mummify me.”