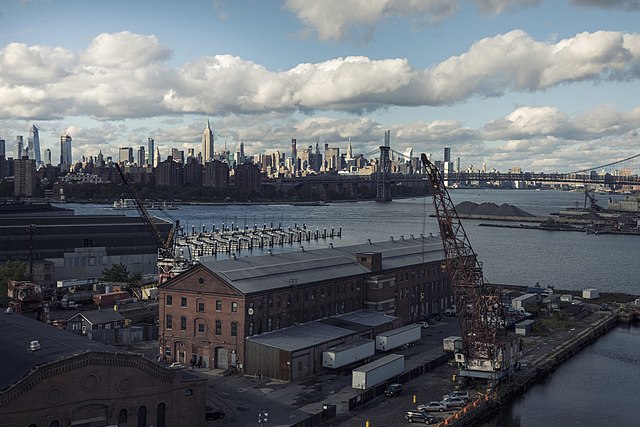 Despite the fact that New York not one of the leading cities at the forefront development and implementation of autonomous vehicles as alternative form of transportation, there is a testing program now taking place at the Brooklyn Navy Yard in which over 7,000 people have already experienced the joys of self-driving cars.

The program involves the use of shuttle busses operated by Optimus Ride, a Boston-based start-up, that take passengers from the NYC Ferry to Flushing Avenue, just outside the yard. The shuttle drives without anyone sitting in the driver’s seat.

New York is lagging other cities in the testing of such vehicles. For instance, in California’s Silicone Valley, Phoenix and Pittsburgh, autonomous vehicles are becoming commonplace. In New York similar programs are being held back by policymakers who have been slow to make laws that will attract AV developers at the same time ensuring public safety. Optimus is the first company to launch such a commercial deployment of a self-driving program in the city.

In 2017 the New York State legislature passed a law which allowed AV testing in the state, but the company had to agree to state police supervision. The law also required companies to meet insurance and other requirements. The program launched as a one-year pilot but was extended until April 2018. Just this past year the legislature amended a plan that would have allowed permanent AV testing in New York to a limited lifetime. The law now has a shelf-life of two years, meaning the pilot program is going to expire in April 2021.

Because the Optimus program is entirely within a private development with private roadways, the two-year expiration does not apply.

“Optimus Ride did not consider applying to the state program as our initial market focus is on geofenced markets such as industrial parks, corporate campuses, planned communities,” an Optimus spokesperson said.

There have been only two trials with AVs since the state passed its legislation. One, in April 2017, was with Audi at the New York Capitol. The second was when Cadillac began its cross-country AV trip in Manhattan.

Another trial by General Motors’ Cruise AV unit was supposed take place last year, but it was cancelled for reasons not revealed. GM said it is planning on focusing its AV efforts on San Francisco. Only a little more than half of US states have enacted AV testing legislation. Of the 29 who have such laws, Florida is one of the leading states. Last June the “Sunshine State” passed a bill, signed by Florida Governor Ron DeSantis making Florida “the most autonomous vehicle-friendly state in the country.”