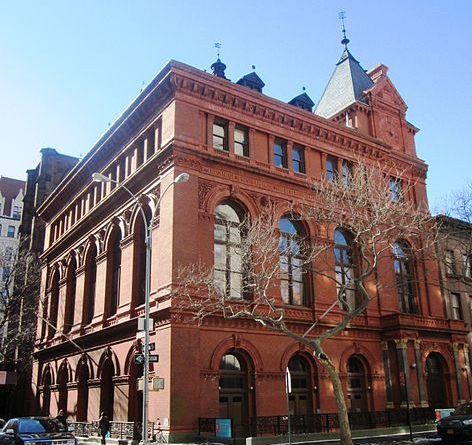 In early September the Brooklyn Historical Society opened an exhibit featuring oral histories and artworks by Muslim residents of Brooklyn. The exhibit is meant to include the history of Muslims in the borough that previously had been overlooked.

Nsenga Knight, a Brooklyn-based artist, was researching the Society’s archives for material that she could incorporated into her work but did not find much there.

“They’re missing a lot of stuff,” Ms. Knight said. “There were hardly any images of Muslims in their archives. They didn’t have that many images of black people. The archive of Brooklyn isn’t necessarily representing Brooklyn,” she added.

Oral historians from the Society hit the road, and spent the past year traveling across Brooklyn, interviewing tens of Muslims. The Society hoped that through this effort a large hole in their archives would be filled, at least to some extent.

In the end they amassed 54 oral histories with more than 100 hours of recorded testimonies. Many of the interviewees were born in Brooklyn, but many also came from outside the US, from over a dozen countries including Trinidad, Tobago, Pakistan, and Morocco. Several different religious sects are represented, such as Sunni, Shiite and the Nation of Islam. Subject matter is broad, ranging from family, marriage, mosques and the aftermath of the September 11 catastrophe. Recent US elections are also mentioned. The archives are available for the public to listen to.

It’s like you’re tuning channels on a radio,” Brooklyn artist Kameelah Janan Rasheed said, “The goal is to invite people to linger in some places, but to give people the option of doing a survey of the space.”

“An Opening” will be open to visitors until June 30, 2020 at Brooklyn Historical Society, 128 Pierrepont Street, Brooklyn.