Most parents have a hard time parting with their kids as they head off to college. They don’t, however, usually have to do so when their child is 13. That will be Mr. Ashante’s experience this coming fall as Autum Ashante starts the University of Connecticut. The Pelham Parkway teen will actually be moving to Norwalk, Connecticut with her father later this summer.

As her father explained, “What she’s doing is groundbreaking but this is not about vanity. It’s about setting the tone for other black and Latino children who will come behind her. They’re always being told they are underachievers. We want to show this can be done.”

Autum is definitely setting a new standard for others to follow. She was reading by the age of 2, writing and performing poetry at 3, and had a recorded IQ of 149 by age 8. 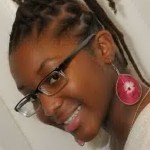 Autum was homeschooled by retired teachers, having never been in a traditional classroom. She speaks Arabic, Swahili and Spanish. She certainly keeps herself quite busy, even if she isn’t learning with other kids. She often performs spoken-word poetry, she does a form of kickboxing called muay thai and she is putting together a photography and poetry book and a spoke-word album.

Staying on His Toes

Her father, a 50 year old retired corrections officer says that,

“She is a blessing from God. All the things we’ve gotten to do together have been a blessing.”

When asked about keeping up with his brilliant daughter, Mr. Ahsante said, “She tries to outthink me all the time. She’s quick with it. You have to be sharp. She has me drinking ginkgo on the regular.”

Picture courtesy of the NYDailyNews.com and taken by Batin Ashante.