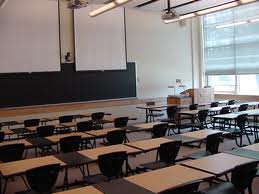 Something is definitely wrong when two children who are being bullied so badly at their school refuse to attend, and the bullies appear to roam unpunished.   This is the experience that two teens at a Bensonhurst high school are having at the moment — and no one appears to be hearing their cries for help.

Nicolle and Viktoria have begged to leave John Dewey High School and to transfer to another location. Their request has, according to the New York Daily News, been denied by the city Education Department since there isn’t enough evidence of physical abuse.

The real question here, however, isn’t about why the girls can’t transfer; but about why no one seems to be able to guarantee their physical or emotional safety in their current location.   Why should these girls be left to worry for their safety and to fend for themselves at their school?

The girls were told that the Dewey officials would take care of the problem — but they haven’t.   As Nicolle said,

“I’m scared. No one is helping us. We tried to change schools and they just put us down.”

The girls have been spit on and cursed on their way to class, targeted after school by the three bullies and had nasty messages posted on their Facebook pages.   One note on the Facebook page said, “It’s f*cking termination on sight for you p*ta. It’s over for you and that’s not a threat it’s a promise.”

The school did suspend the students for a week in January — but their behavior simply started again when they can back to school.

At the moment, after filling out paperwork to transfer schools and being told that there isn’t enough evidence to do so, the girls are waiting for the Education Department to review the matter.

The situation is untenable, and the girls should not be left with the burden on their shoulders.   It’s understandable that they should want to transfer schools to get away from their tormentors — but why should the victims be made to give up their school environment while the bullies are left in the comfort of their home school?

And, of course, just because they leave the school (if they are ultimately able to do so), the Facebook messages and after-school torment could, quite possibly continue.   Bullying of this sort is a pervasive issue, and one that has led to tragedies including school shootings.   We need to look at the larger picture, address the problem of bullying and attack it at the core — rather than allowing it to attack and pervert the childhoods of so many victims.