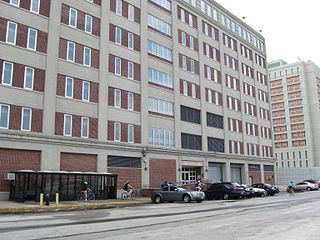 In a move some are calling unconstitutional, the Brooklyn Detention Center, the borough’s only jail, has banned the daily New York Post from the premises.

Without giving a reason, a sign hung in the visitor’s center declares on a 5-by-11 sign that,

Officials of the Department of Corrections also did not offer any explanation for the ban.

Speculating as to what could have prompted this extreme move, the Post itself is guessing that the reason is because of some critical articles published in the paper about “Brooklyn House,” a nickname for the jail, which is found in Boerum Hill.

Last September the paper ran a story about inmates that were using home-made “fishing poles” to bring contraband into the jail supplied by friends on the street below. But the DOC officials did not corroborate that this elicited the ban.

DOC spokesman Peter Thorne said that the sign will be removed after he investigates the incident.

Civil rights lawyer Ron Kuby says bans on papers are a violation of basic rights, even of prisoners.

“I’ve never come across the wholesale banning of a non-pornographic, mainstream newspaper before,” he said. “It’s unheard of, it’s unconstitutional, it’s unwise and it makes people look -really silly,” he added.

Jails do sometimes restrict what reading material can enter the premises. For instance, a primer on how to escape from jail or build a weapon would be off limits. One day’s newspaper might also be banned, such as if a safety risk were created by some revelation made in that issue of the paper.

Having an entire paper forbidden indefinitely is another matter altogether.

“Freedom of the press is a fundamental right in America,” said civil rights lawyer Norman Siegel.