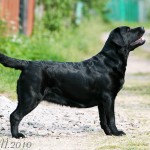 If you own a dog and live in New York, you better keep that poop under wraps. That’s because a newly-opened Long Island rental building is going to find out if that poop left outside belongs to you. The pilot program at the Avalon Bay Community complex includes DNA-sampling kits for dogs that allows the patrol to identify the poop in question.

They have ordered four “PooPrint” kits that require that a saliva slab be taken from each dog’s mouth. The samples are then sent to a Tennessee-based lab where they are analyzed and entered into the DNA World Pet Registry.

If the keeper of the Avalon Bay Community complex runs across poop in the common area, he can take a marble-sized sample and put it in a plastic tube to mail to the DNA detectives in Knoxville at the Bio Pet Vet lab. They can then match the doggie poop to the offending doggie.

A Fine for a Poop

The fine attached to the poop could be from $50 to $1000, according to the whim of the building management. And that’s in addition to the $90 that each tenant is being charged to sign up for the registry.

One Avalon renter said, “I think it’s a little extreme. I would curb my dog.”

Match the Mess with the Dog

The PooPrint program, which has the motto, “Match the Mess Through DNA” says that it expects to grow to 300 franchises by the end of this year. As the Pet lab company executive, Eric Mayer, said, “It’s like CSI. We build a database for the community.”

The company claims that the average dog poops as much as 276 pounds of waste in the course of one year — and that about 40% of it is usually not cleaned up.
One condo complex in Jupiter, Florida already uses the PooPrint program. Those who don’t pick up after themselves can be fined $1000.

So watch that poop before it gets identified as belonging to your pooch!