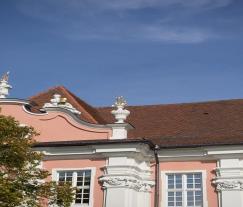 Here on Earth the coming year of 2011 will be a difficult one for the National Aeronautics and Space Administration. The space shuttles will be going into retirement, the Obama administration will be even more tight-fisted than previously, and choosing a destination for the U.S. human spaceflight program is expected to be acrimonious.

However 2011 will be an easier year for NASA up in space. The first exciting event is scheduled for March 18, 2011 when the Messenger spacecraft will arrive in orbit around Mercury after a flight of six and a half years. It will be the first lengthy look planetary scientists will be getting of the solar system’s closest planet to the sun.

NASA scientists will also be looking for the rover Spirit, which went dead this past year when it became bogged down in sand and its solar panels were no longer able to create enough electricity as the Martian winter approached and the days grew shorter. Although the Spirit may never again become mobile, researchers are hoping it can become a valuable resource as a permanently placed science outpost.

There is another rover on the planet Mars, named Opportunity, which is on its way right now to a giant crater by the name of Endeavor, and should reach its destination by late next year. Talk about slow: it has been on its way for 3 years, traversing a mere 12 miles.