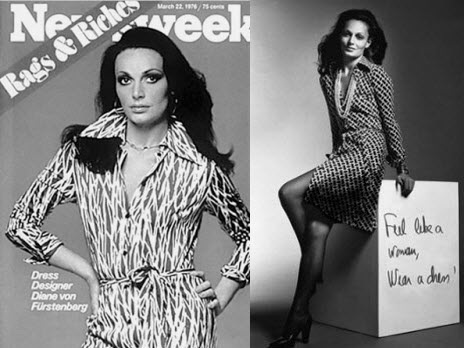 American fashion has always been unique, pushing boundaries for over a century and creating staple looks that represent the numerous styles of the American nation.

A new exhibit will open at the Museum of FIT in Manhattan, called “Impact: 50 Years of the CFDA” with more than 80 outfits and 450 designers featured in the display.

In honor of its 50th anniversary, the Council of Fashion Designers of America has asked its members, including Marc Jacobs, Sean Combs, Diane von Furstenburg, Oscar de la Renta and Michael Kors, to create “impact statements” by choosing outfits and pictures that represent each designer’s signature style, to be placed on display. The exhibit will include a multimedia show and a companion book.

“There is something magical about the way this group was founded back in 1962, in a small room off of Seventh Avenue. It was the brain trust of 20 passionate designers who were motivated to create a safe haven for the members of their community. They sought to protect and promote their own” von Furstenberg writes in the book. “Nearly half a century later, through triumphs and failures, with businesses made and broken, that small assemblage has evolved into a modern family of over 400 members.”

Some of the exciting contributions include one of Von Furstenberg’s original wrap dresses, symbolizing the working women’s movement in the 1970s. Oscar de la Renta also provided a neon colored gown from his new spring collection, stating that his newest designs are the more significant.

Patricia Mears, the museum curator and deputy director, said “’Impact’ in America is interpreted in a lot of ways. It has a lot of diversity. It could be making things affordable, it could be quality like haute couture.

“Someone like Marc is such a huge, influential entity but he followed the American path. When he did his groundbreaking grunge collection, it got him fired, but he says that’s what set him free and served as a launching pad for something new.”