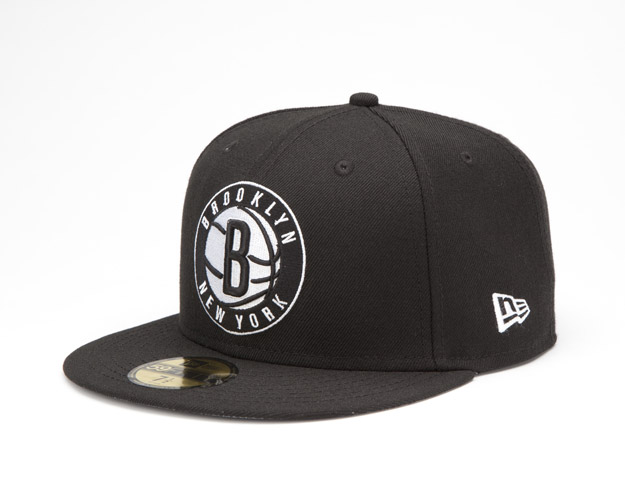 Chances are, you’ll be seeing a lot of these hats around Brooklyn.  Designed with the brand new logo by Jay-Z, the headwear manufacturer New Era has just unveiled a new Brooklyn Nets line of their “59Fifty” hats. And this one is sure to take off with fans and those who are fashion conscious. Certainly, it’s interesting to watch how New Era has managed to combine sports and fashion in their hip, edgy designs.

This is, of course, only one minor piece of the excitement building around the Brooklyn Nets. As the only team in the league with a black-and-white color scheme, and certainly the only team with a new logo designed in part by team part-owner Jay-Z, the Nets are ready for their fashion-center debut.

The team had its formal logo unveiling recently at the Modell’s Sporting Goods store near the team’s new home at the Barclays Center.  As center Brook Lopez said at the news conference,

"Hello, Brooklyn! I've been waiting a long time to say that."

As Jay-Z explained in a statement,

"The Brooklyn Nets logos are another step we've made to usher the organization into a new era. The boldness of the designs demonstrate the confidence we have in our new direction. Along with our move to Brooklyn and a state-of-the-art arena, the new colors and logos are examples of our commitment to update and refine all aspects of the team."

And now fans can have an awesome hat to wear to the games as the Nets start off their 2012-13 season in the $1 billion arena where they’ll be playing.