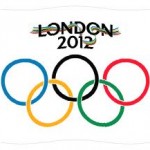 With the Olympics starting soon in London, it’s time to keep our eyes on our New York natives who are off to compete. The Olympics are an exciting series of events — but they are made that much more exciting when you’re following along with the stories of some local talent. Here’s a list of some of the best and brightest to follow, all hailing from or having ties to New York.

1. Lia Neal: We’ve already written about this Brooklyn-born swimmer. She’s the second African-American woman ever to make it to the Olympics in swimming.

2. Samyr Laine: Talk about talent. Zuckerberg’s former Harvard roommate, Laine graduated from Harvard in 2006 and passed the New York Bar exam recently. With parents who emigrated from Haiti to New York, Laine is actually going to be running the 50 meter for Haiti.

4. Cullen Jones: He’s the fastest American sprinter and he comes from the Bronx. He’s America’s best chance for a gold in the 50 meter and 100 meter races.

5. Carmelo Anthony and Tyson Chandler: These guys will be dribbling the ball with Team USA, coming straight from the NBA.

Watch these athletes in London as they reach for the stars and try to bring home the gold to New York.