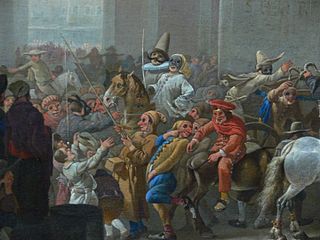 Increased violence over the past few years has forced the New York Police Department to step up security for this year’s J’Ouvert Festival and Celebration. There will be 13 secure entry points into the festival along its 2-mile route. Police will prevent Large bags, backpacks, weapons and alcohol from entering the secure area. Preparations will begin on Sunday evening, while entrance to the area will be allowed beginning at 2am early on Monday morning. The parade begins at 6am, 25 minutes prior to sunrise.

The hope is that these measures will curb the violence that has been an unwanted feature of the celebration in recent years. Due to complaints last year that the lines to enter the festival were two long, this year there will be additional entrance points.

The parade will take place on Flatbush Avenue, beginning from Grand Army Plaza down to Empire Boulevard. Then the parade turns south on Nostrand Avenue and end at Rutland Road.

“We learned with last year’s success that each of us has the ability to make J’Ouvert a safe and highly enjoyable event,” NYPD Commissioner James O’Neill said. “Through the evolution of this passionate celebration of Caribbean culture, the NYPD has built trust and strengthened relationships with many of the stakeholders, and we know we’re always stronger and more effective together.”

In 2015 1,200 police were stationed in the 71st precinct for J’Ouvert, while that number doubled in 2016. Nevertheless, one person was killed in 2015, and two people were killed and four injured during the festivities in 2016. The 2017 celebration was better, although there were still four people shot and two stabbed, but at least there were no deaths.

As many as one million people participate in the festival, which celebrates the West Indies, where it originated.