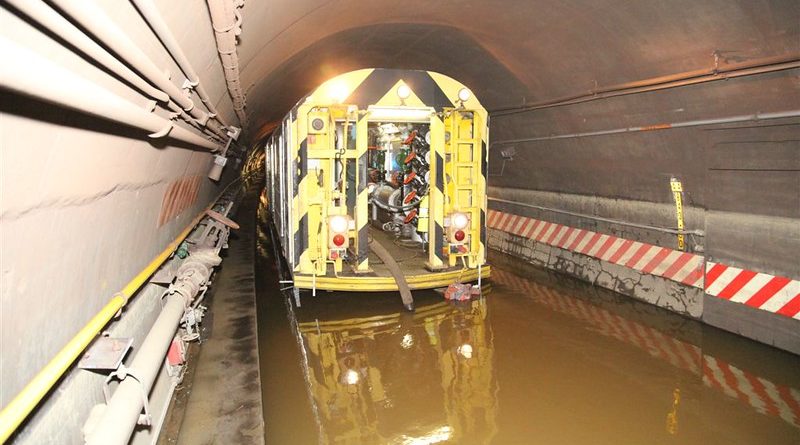 Ever since Superstorm Sandy left destruction behind the New York Metropolitan Transportation Authority has been repairing the damage the hurricane caused to New York’s subway system.

The eleventh and last damaged tube is about to begin repairs now that a contract was awarded by the MTA to rebuild the Rutgers Tube which brings the F-train below the East River between East Broadway in Manhattan and York Street in Brooklyn.

The new project will have the advantage of being able to learn lessons from the previous projects that repaired tunnels under major bodies of water. During the L project the MTA is better prepared to do most of the work at night and on weekends, minimizing disruptions to commuters.

Preliminary work is set to commence in August. The major work will most likely begin in the middle of September, with an expectation that the project will be completed by the following spring.

Known as the Rutgers Tube Project, the main goals are to repair systems and components that were damaged by Hurricane Sandy. Older parts that have reached the end of their lifespans will also be replaced. Drawing on lessons learned during the L Project, this latest and last such project will utilize a cable management racking system like the one used in the L Line’s Canarsie Tunnel. The Rutgers Project is expected to take 14 months, half the time the other Sandy tube repairs took, which was 28 months on average.

A long list of equipment is slated to be replaced, including track, signal equipment, power and communication cables, fan plant equipment, tunnel lighting and pumps. In addition, the pumping system will be enhanced by moving the pump controls outside of the flood zone, and by also installing a back-up generator if the original fails. In the aftermath of Sandy, the tube required over 1.5 million gallons of water to be removed from the tube.

“The L train project demonstrated that the MTA can deliver major projects much faster and at less cost than anybody expected,” said Janno Lieber, president of MTA Construction and Development. “Now, with the Rutgers (F Train) tube, we’re on a mission to prove that we can make it the norm, as we continue to embrace advanced technologies and private sector development techniques.”