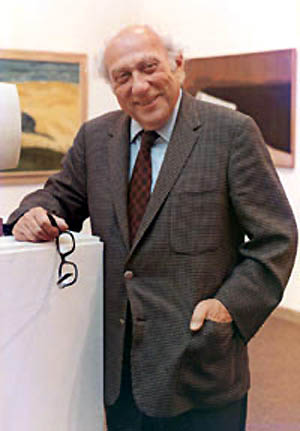 Roy Neuberger, the US art patron and financier, died on Friday at his home in Manhattan at the age of 107. During his lifetime, Mr. Neuberger acquired hundreds of paintings by artists such as Willem de Kooning, Jackson Pollock, Edward Hopper and Georgia O’Keeffe.

A large number of the paintings were kept at the Neuberger Museum of Art in New York City, but many were donated to other museums as well. Seventy institutions throughout twenty-four states house works purchased by Neuberger, including New York’s Museum of Modern Art and Metropolitan Museum of Art.

In 2007, Mr. Neuberger was presented with a National Medal of Arts by President George W. Bush.