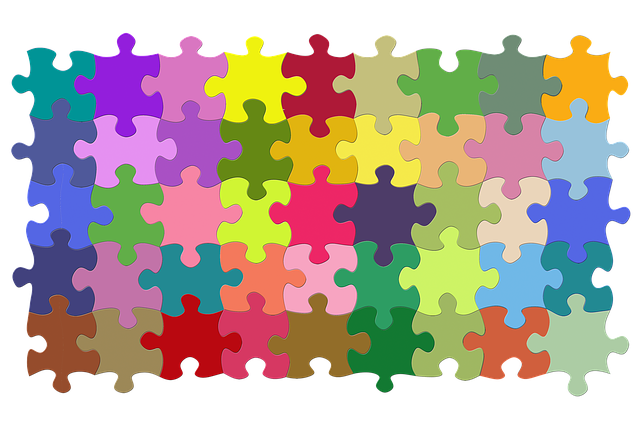 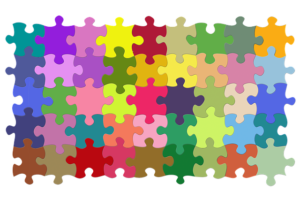 Adam Silver has always loved puzzles. Ten years ago, while working as an attorney in New York, Silver started a company out of his Flatiron apartment selling one very special puzzle. He and his company’s co-founder Sarah Dickenson, decided that puzzles needed a new look to really catch on as a hobby.

“We started basically because I was a pretty big puzzler as a kid and there were no puzzles out in the market that we were really appealing to anyone that didn’t like . . . unicorns, rainbows and stuff like that,” he said. “We wanted something that people might want to actually put together, frame, glue, hang on their walls.”

In 2011 Silver quit his job and moved to Park Slope, to sell puzzles full-time. Today the New York Puzzle Company sells specialty puzzles like his first, a picture of an MTA subway map, and vintage magazine covers, at Barnes and Noble and other independent book stores all over town. But once a year he bursts out of the bookshops and sets up temporary quarters for his puzzles. His first pop-up went up in the Union Square Holiday Market. Last year he added a second location at Bryant Park. This year puzzle fans can satisfy their hobby also at a third location in Times Square.

During the holiday season, when many visitors walk around admiring the special festive atmosphere in New York City, his puzzles sell well, especially to Europeans who seem to adore his puzzles.

“In a holiday market setting, it’s a lot of tourists who come through here, so they’re looking for New York-themed items that are not overly touristy [like] you can get in any sort of gift shop in Times Square,” Silver said. “Covers of the New Yorker, while having a New York theme, are maybe a little more sophisticated for the average tourist coming in.”

During an average weekend during the holiday season the shop can sell about 350 puzzles, Silver said. This year sales are up by 40% since last year. Their best seller in Bryant Park is “Skating in the Park.” That is a classic cover from the New Yorker magazine cover which depicts a winter scene in Central Park. It is not uncommon for that puzzle to sell out.