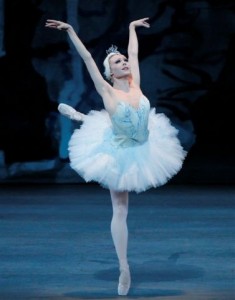 The timing may not be coincidence, but tickets for New York City Ballet’s “Swan Lake” have been completely sold out. In fact, an additional show has been scheduled in order to accommodate the excessive demand.

Actress Natalie Portman has been nominated for an Oscar for her performance in the movie “Black Swan” and Sara Mearns, who dances as the swan queen for the ballet, is just as glamorous. With her blond hair and incredibly elegant posture, Mearns rules the stage. Some have called her the best American ballerina performing today. Some of her success, many feel, is due to Peter Martins, NYCB’s ballet master in chief. He selected her from the corps in 2006, and helped her rise through the ranks as one of his swan queens. She quickly became a soloist.

A notable quality of Mearns is her unbelievable ability to express feeling through her arms. In Swan Lake, she shows sadness, fear, intermittent joy and anxiety perfectly.