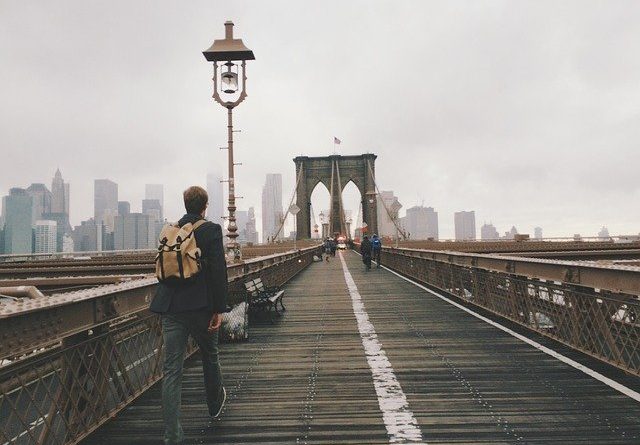 If you’re headed into Manhattan on the Brooklyn Bridge, be prepared for a slow ride. Since the addition of a bike lane last September and the elimination of a vehicle lane, traffic has been significantly slower.

According to a recent INRIX analysis, vehicles traveling into Manhattan on weekdays this month were moving at an average 19.5mph. This is a 28% slower rate from the recorded 27mph in March 2019. Not surprisingly, the Brooklyn-bound side of the bridge showed a significantly lower speed difference at just 6%, reducing from 19.8mph in March 2019 to 18.6mph this past month.

The bike lane has two lanes for cyclists in either direction and has allowed walkers to stroll freely on the crowded pedestrian promenade. Backing the decision despite longer commute times, Vin Barone, Department of Transportation spokesman, asserted: “We reclaimed space from cars on the Brooklyn Bridge to make cycling safer and easier while also greatly improving the pedestrian experience. This project brought historic enhancements to this iconic span, even if it means Manhattan-bound drivers will have a slightly slower trip, and we’ve acknowledged that from the start.”

As seen from statistics reported by the Bike New York advocacy group, bikers are enjoying the new space, showing a 27% increase in the number of cycling trips across the Brooklyn Bridge in a year’s time. Transportation analyst Charlie Komanoff also believes that the pros of the new bike lane outweigh the cons. His calculations show that the lower traffic speeds result is an extra 55 seconds of commute time, which works out to about 50 cents a day per motorist. He asserts, “That seems like a very fair trade when you think about the tens of thousands of people who are up in the bridge every day.”