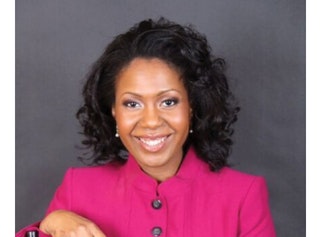 Davis is the executive vice president and chief corporate affairs officer of RWJBarnabas Health. She merited to receive the 19th annual award to recognize her dedication to civil rights, education and justice, all ideals the late Supreme Court Justice Thurgood Marshall exemplified.

The award was bequeathed at an event held recently in Belleville, New Jersey.

“This award means so much to me, because Justice Marshall embodied that which the premise of my life’s work is premised upon, such as advocacy, education, justice and civil rights. I am honored that my very small contributions were deemed worthy of this amazing award,” Davis said.

The Thurgood Marshall College Fund was established in 1987 in order to help colleges, universities and other institutions that have historically served the African American population. The annual award event helps raise money to support students attending these institutions, as well as publicize the goals of the fund.