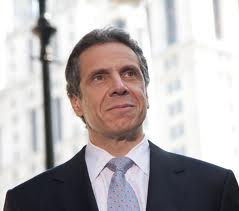 In an effort to improve mother and child post-partum outcomes, the State of New York, under a pilot program, will reimburse doulas who assist mothers during their labor and deliveries.

Doulas are similar to birth coaches who do not necessarily have professional health training, but instead are trained to assist women to get through their labors as comfortably and non-stressfully as possible. Their presence during labor and delivery has been proven to improve mother-baby outcomes, but is not paid for by health insurance, nor, until now, by Medicaid.

New York State is now actively trying to reduce maternal mortality and to lower the widely disparate outcomes between minorities in New York and other, more represented groups. The government under the leadership of Governor Andrew Cuomo believes that doulas can be an important key component in improving outcomes.

In its initial pilot form the program will be introduced first in Erie County and Brooklyn because these areas have the state’s highest maternal and infant mortality rates as well as the highest number of Medicaid births.

The program is scheduled to launch in March, 2019, but training for and education about the doula program will begin by the end of November.