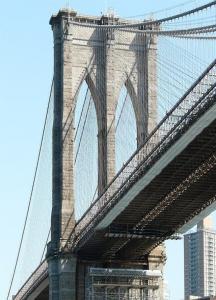 As temperatures rise and clothing is shed in order for people to even have half a chance of coping with the heat and humidity of a typical New York City summer, we are confronted with the dress codes which either were or were not violated by voluptuous ex-Citibank employee Debrahlee Lorenzana at her former workplace.

Now in the midst of a lawsuit for wrongful dismissal against Citibank, Ms. Lorenzana insists that she was covered up according to proper etiquette and good taste appropriate to an office environment, and it was just her well-fitting clothes enclosing her well-rounded body that drove her co-workers to distraction. Is it her fault that even a potato sack would look sexy on her amazing figure?

In order to help her case Debrahlee has recently brought her story to the media via appearances on NBC’s “Today” “MSNBC” the “Joy Behar Show” “CNN Headline News” and “Inside Edition.” This bombardment of media exposure is apparently against the wishes of her current employer JP Morgan Chase who has warned her that she could be fired for violating the company’s code of conduct because of her comments to the press.

Nevertheless Debrahlee has decided to press onward, claiming that she is doing nothing wrong. All her interviews and appearances are happening on her own time, and according to Ms. Lorenzana’s lawyer, they will sue Chase also if they fire her as well.

In the meantime, we hear that business is up at JP Morgan Chase, with male customers anxious to get a glimpse or two of the conventional clothes made unconventional when worn by the right person. In the case of Debrahlee Lorenzana it isn’t so much that the clothes make the woman, but that the right woman seems to be able to “make the clothes.”