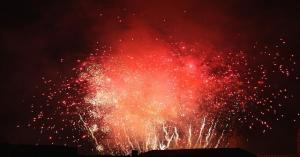 Last week the plans for the construction of the highly controversial Islamic Center planned to be built within close proximity to ‘ground zero’ were released to the general public. The center, known as Park51, is designed to be used as a place for art exhibitions, prayer, contemplation, programs on interreligious dialogue and not least as a memorial to those murdered in the horrific terrorist attack of September 11th 2001, will be comprised of lofty spaces with streaming sunlight, crisscrossing beams and irregularly shaped windows.

Evocative of some of the patterns used in traditional Islamic architecture, the design is nevertheless ultra-modern, using modern materials and glass panels which will give the impression of translucence. The project’s developer, Sharif el-Gamel explains that he wants the effect to be one of “moving toward the future” rather than dwelling on the unpleasant past.

Some might think that the revelation of such a plan is putting the cart before the horse, since none of the $140 million needed for the construction of the center has yet to be raised, nor has an actual architect been hired. Nevertheless Mr. Gamal and the planners decided to circulate an imagined view of the new center, and how it might accommodate a restaurant, theater, day care center, gym and pool all stacked up in a narrow 15 story structure. As far as a prayer space for Muslims, that will be located in the basement, in a room technically known as a musalla and not a mosque. A musalla is a prayer hall, but because the constraints of the construction do not allow the sanctification of a true mosque, only a musalla will be included. The many opponents of this endeavor believe it is inappropriate to build a mosque, or a musalla for that matter, on the site which is so close to ground zero, the place which meant death for many thousands at the hands of Muslims.