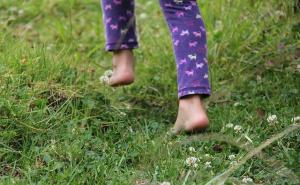 Some of my fondest childhood memories took place at the Brooklyn Museum. My best friend Gail and I used to take the D Train every Sunday, transfer to the shuttle, get off at the Botanical Gardens and walk an additional ten minutes to the museum for our oil painting class that we took for about a year. Maybe another time I can tell you a bit about that class, but right now I want to alert you to a fascinating exhibit at the Brooklyn Museum which opened this past November and will be extant until October 2, 2011.

This exhibit, entitled “Body Parts: Ancient Egyptian Fragments and Amulets” culled the Brooklyn Museum’s own inventory of ancient Egyptian art to assemble a 35-piece display of representations of parts of the human body, of which several items were never before shown to the public.

Using fragments of sculptures and other objects which were distinctly created to illustrate the extraordinarily realistic representation of individual body parts which are a part or the Egyptian sculpture canon, ancient Egyptian artists were able to reveal meanings and subtleties of those parts that usually go unnoticed.

The Assistant Curator of Egyptian Art, Yekaterina Barbash, is the organizer of this fascinating exhibit.
For more information follow the link to the Brooklyn Museum.