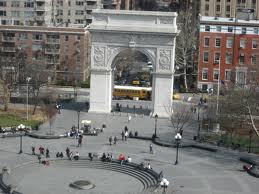 Named in honor of the parents of Daniel Straus, NYU and the Straus Institute for the Advanced Study of Law and Justice pick a theme each year to focus on and explore the most pressing issues of the day. The theme chosen for the 2012-2013 academic year was “The Burden of Democracy.”

This theme is especially apropos to the rapidly changing political frameworks which the developing world is struggling with today. Since the fall of the Soviet Union, and the turmoil of the Arab Spring, the issue of democracy is on the frontlines of debate among policy makers, negotiators and international relations.

The road to the universal development of democracies around the world has proven to be a bumpy one. Voting can be a chaotic exercise in futility, descending into violence; liberal ideas are often swallowed in reactionary rhetoric and cultural straightjackets. Yet, in today’s world nations must at least begin to consider the democratic model to be considered among the community of nations and granted a legitimate voice in global decisions.

The role of democracy in long-standing democratic societies is also an issue today.   As the description of the theme explains:

“Voters across mature democracies express alienation and disaffection with conventional political parties, and this flight from the political parties can now take more realistic forms with the dramatic rise of ideological and interest groups that can effectively mobilize political support outside the party structure.   Similarly, the fragmentation of the modern media, along with the ability to organize new forms of political groupings through the internet, have made the maintenance of a “democratic public” or of a meaningful “public opinion” far more complex and difficult.”

Thanks to Daniel Straus, NYU students at the Straus Institute for the Advanced Study of Law & Justice will explore one of the most crucial and fascinating issues of concern today.