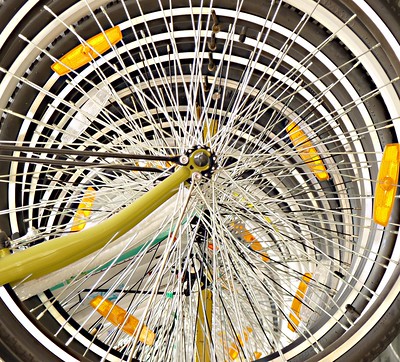 Bicyclists have been getting into gear in record numbers, according to the newest data collected and released by the New York City Department of Transportation. One of the best places to see this new trend is on the Brooklyn Bridge bike lane where the number of bicyclists has skyrocketed almost 90% since last year.

Much of that increase in usage is due to the fact that a brand new, protected two-way bike lane recently opened in September 2021. The dedicated bike lane is a repurposed car lane, and it was the first new configuration of use of the bridge since trolley lines were taken out in 1950—70 years ago!

The old bike lane, which was shared by bikes and pedestrians for decades and built of wooden planks is now for people only.

“We have reclaimed space from cars to make cycling over the Brooklyn Bridge safer and easier while making the pedestrian experience better than ever – and it has been a great success,” said DOT Commissioner Hank Gutman. “I couldn’t be more thrilled to see people flock to this critical connection in our bike lane network.”